Various panel designs, cooling ceiling louvres and cooling absorbers for mounting in amenity areas such as offices, shopping centres, restaurants, cinemas or clean rooms with air-water air conditioning units. In conjunction with the customer’s own metal or gypsum plaster ceiling boards the cooling ceiling elements can be built in to the space as a large-area cooling ceiling, a sail or in combination with suspended ceiling systems.

Cooling ceilings are water-bound radiation systems with the benefits of still cooling,
low energy transport costs and a high degree of satisfaction due to absolutely draught-free cooling, even temperature distribution in the room and cool surface temperatures.
However, steps must be taken to ensure that cooling ceiling systems are supported by an additional mechancial
ventilation system and in some cases air-conditioning.
Cooling ceilings provide cooling to the room by convection and radiation. The room air in the ceiling area is cooled and sinks into the occupied area, as a result of its higher density. However, the air heated up by heat sources in the room rises, thus creating a rolling motion in the room with very low flow velocities. Furthermore, the cooling ceiling emits its cooling power to the surrounding surfaces in the area by radiation. As soon as the radiation reaches one of the surrounding surfaces, the radiant energy is absorbed by the surrounding surface, regardless of the room air temperature. 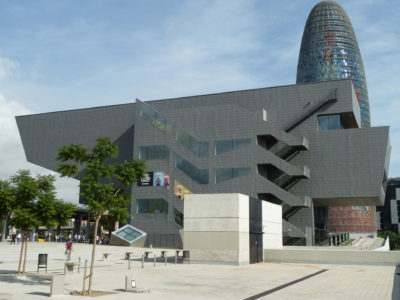 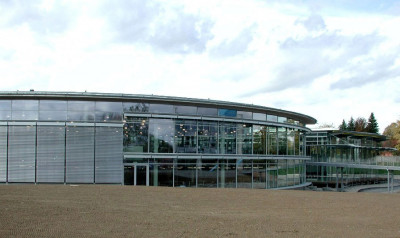